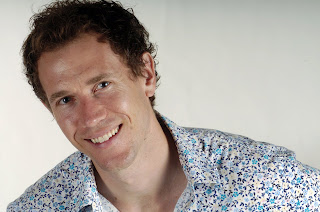 Todd Babiak’s latest novel is The Book of Stanley, published by McClelland & Stewart. His second book, The Garneau Block, was longlisted for the Scotiabank Giller and won the City of Edmonton Book Prize. Choke Hold, his first novel, was shortlisted for the Rogers Writers Trust Fiction Prize and won the Henry Kreisel Award for Best first book.

Todd is an award-winning screenwriter and the former lord mayor of Old Strathcona. He is the culture columnist at the Edmonton Journal.

I was suddenly confident. At least for 12 or 14 days. Choke Hold came out, unfortunately, just as Stoddart — remember Stoddart? — was going down. So the book didn’t have a distributor. I went into bookstores, hoping to turn everything on the shelf so my novel would face out… and the novel was never in stock! It was optioned for film and I was hired as a screenwriter. Nothing ever came of it, but I learned how to write a screenplay. The novel was shortlisted for a national award and it won a provincial award. Strangers read it, when they could find it. A couple of my enemies, I learned, wrote mean reviews on amazon.ca. So I murdered them.

This, really, was the life-changer: strangers — even a few of them — reading what I had written.
2 - How long have you lived in Edmonton, and how does geography, if at all, impact on your writing? Does race or gender make any impact on your work?

I’ve lived in Edmonton since 1998 or so. Before that I was in Montreal. Before that, various locations in Alberta. Geography, and its social-political-cultural manifestations, make a huge impact. Since 1947, when oil was discovered near my ancestral home — Leduc, Alberta — this province has been tied to the land and its bounty. And the corrupting factors thereof. It’s the soul of the place.

When I first read The Studhorse Man, by Robert Kroetsch, it leveled me. I was living in Montreal, and it was a call from home. A nasty and true novel — a novel — about an Alberta I recognized. And it changed me forever.

3 - Where does a piece of fiction usually begin for you? Are you an author of short pieces that end up combining into a larger project, or are you working on a "book" from the very beginning?

Lately, everything has been a “book” from the very beginning. Since The Garneau Block, and really the screenwriting malice of Choke Hold, I’ve been devoting myself to the mysteries of structure. Short fiction is more of a hobby, so far.

I like writing essays to be read aloud, rather than reading sections from novels. So I think about the public reading as a separate medium. I have a different persona, certainly, in a public reading. So I’ve been trying to cultivate a “public reading voice.” When I read from the novels, I try to make it short. I’m hyper-aware of boring the hell out of people. I feel for them: we live in a visual culture.

5 - Do you find the process of working with an outside editor difficult or essential (or both)?

Everything is difficult. But I have loved working with editors. My most recent editor, Jennifer Lambert (formerly of McClelland & Stewart, now of HarperCollins) is a genius. She asks all the right questions, sniffs out weaknesses, and makes the work better.

6 - After having published more than a couple of titles over the years, do you find the process of book-making harder or easier?

It’s easier to imagine success and easier to fail. Earlier I wrote that publishing Choke Hold made me confident. Well, didn’t I rush out and write three shitty novels in three years? Unpublishable dreck. But I’ve learned from that experience, and I’m absolutely vibrating with fear as I write these days. And it shall always be so.

I made pears stuffed with gorgonzola cheese and crème fraiche earlier this month, and ate three of them myself. Stinky tasty.

8 - What is the best piece of advice you've heard (not necessarily given to you directly)?

I know some writers who’re so drunk with the idea of themselves that they’ve written, or said, ugly things about their friends, colleagues, mentors, and competitors. An American bestselling author once said to me, as though it was a secret, “Being an asshole in this business will destroy you.” It’s true! Writers are on the margins of the entertainment industry, ignored and unappreciated. They ought to help each other, whenever possible.

9 - How easy has it been for you to move between genres (fiction to journalism)? What do you see as the appeal?

I have [to] make a geographical change every day, from my little writing studio at home to the newspaper office in downtown Edmonton. Early in the morning, I write fiction or screenplays. So it’s my first priority. Then I dress up in my work clothes and come downtown and become that other Todd. The appeal: it’s a challenge. I love writing fiction and I like writing journalism. Oh also, I need two jobs to survive right now. And I continue to pursue a third: film and television writing.

6:15, alarm goes off. I hit snooze
6:25, alarm goes off. I hit snooze.
6:29, guilt overwhelms me, I get up, grind coffee, make coffee, eat toast, read paper, drink coffee
7:00 check e-mail, write fiction
9:00 shower, eat some more
10:00 arrive at Edmonton Journal
After this, the day varies. Sometimes I write more in the evenings. But usually I’m whupped and all I want to do is read or go to a play or something.

Books and walks, the gym, my daughter and my wife. The literary inspirations, I guess, are The Sun Also Rises and The Great Gatsby. They made me do this instead of lawyering, in the first place, and they whisper in my ear: yes, it’s pointless and heartbreaking and you’re poor. But don’t stop.

Both Choke Hold and The Garneau Block were about people in small communities. The Book of Stanley is more ambitious, I guess. It feels bigger. There are actual multitudes in it.

Nature and music, definitely, in that they affect my mood. And mood infects the writing. Science and visual art don’t influence me directly, but I try to keep track. All the arts communicate the same story: what it’s like to be a human being. And the more art we take into our lives, as writers and as citizens, the better off we are.

Nature reflects that back at us, I guess, our littleness. Poor old King Lear, shouting at the storm.

14 - What would you like to do that you haven't yet done?

I want to write a major motion picture. I want to live in the central valley of Mexico for at least one year, and write a great novel of Mexico.

15 - If you could pick any other occupation to attempt, what would it be? Or, alternately, what do you think you would have ended up doing had you not been a writer?

I wrote the foreign service exam, so I almost did that. Yes, that is what I would be doing today. I’d be working for the Canadian government somewhere in Asia or Northern Europe, hoping that Stephen Harper won’t shut down the consulate.

16 - What made you write, as opposed to doing something else?

In grade six, my language arts teacher gave us 30 minutes to write on Monday mornings. It was for journal entries, or a sanitized diary, or little stories. I satirized my family. In one story, Billy Smith, the goalie for the New York Islanders, stalked my extended family at Skeleton Lake. I (the hero) had to save the day. When I discovered Billy had eaten most of my family, I had to cut him open and allow everyone to escape. The teacher was horrified. She invited my parents to her office one evening and wept, and demanded they send me to a psychiatrist. Today, they would have put me on 5 prescription drugs. Instead, my parents photocopied the stories and gave them to family members at Christmas time. Some people laughed, others treated me like the family psycho. Either way, I loved it.

I enjoyed The Lay of the Land by Richard Ford, the third part of a trilogy I’d been following. And the last movie I loved was The Lives of Others.

18 - What are you currently working on?

I’m writing a novel called Toby A Man, about a television style and etiquette commentator who loses his job, his girlfriend, and his BMW on the same day. The novel, really, is what he does trying to get it all back, and what he learns: in the 21st century, success is compromising our humanity. There’s a kid in it, named Hugo.

And The Book of Stanley is being developed as a television series. I hope to write, or at least help write, the pilot.