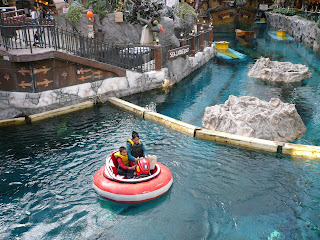 a montly Edmonton reading series of poetry, fiction and creative non-fiction originally established by rob mclennan during his tenure as writer-in-residence at the University of Alberta (2007-8) in January, 2008, now organized/hosted by Edmonton poet Trisia Eddy, editor/publisher of Red Nettle Press;

the name "Factory (West)" refers to the fact that mclennan has been running readings in Ottawa since 1995 that now exist under the title The Factory Reading Series, held regularly(ish) at the Ottawa Art Gallery;
held on the third Tuesday of every month (upstairs) at Cafe Select, upstairs, 8404-109th Street; doors 7pm; readings 7:30pm
the next reading will take place Tusday, June 17th, 2008 with readings by:

Recognized as one of Edmonton’s most eclectic poet-performers, Kath MacLean’s unique muse and creative delivery attract attention wherever she reads. Known for rich images, “breath-taking lyricism” and musicality, her award-winning poetry, prose, and non-fiction is generating critical acclaim across Canada.

MacLean’s first book For a Cappuccino on Bloor was the recipient of the New Muse Award and was short-listed for the Kalamalka Press New Writers Competition. The winner of many literary competitions, including both the Grain Poetry and Non-Fiction Awards in 2005, Prairie Fire poetry award in 2006, and finalist for the Winston Collins Poetry Prize in 2007, her work has appeared in many Canadian literary journals and broadcast on CBC radio.

A strong voice within Edmonton’s thriving arts community, MacLean teaches creative writing at Grant MacEwan College, is a freelance copywriter and editor, and delivers poetry workshops for children in Edmonton.
Heather Simeney MacLeod [see her 12 or 20 questions here] grew up in various regions through out British Columbia. Her first book of poems, My Flesh the Sound of Rain, was published in 1998 by Coteau Books; The Shape of Orion, a chapbook with Smoking Lung Press was released in 2002; The Burden of Snow, a second full collection of poetry with Turnstone Books came out in 2004. Her plays have been produced in Canada and Scotland, and she has received honourable mentions from two contests. Her poetry and fiction have been published in numerous Canadian literary journals and anthologies as well as appearing in reviews and journals in the United States, the United Kingdom, Ireland, Australia, New Zealand and Israel. She’s currently a doctoral student at the University of Alberta.
Shawna Lemay [see her 12 or 20 questions here] is the author of All the God-Sized Fruit, Against Paradise, Still, and Blue Feast. Her MA thesis (poetry) is Red Velvet Forest. She recently finished a book of essays about living with still life titled, Calm Things, to appear with Palimpsest Press. Inspired by rob mclennan and a few other bloggers, she has started her very own blog called, Capacious Hold-All. She lives in Edmonton with her husband, Rob Lemay (a visual artist) and their daughter, Chloe.
Rudy Wiebe was born on October 4, 1934, in an isolated farm community of about 250 people in a rugged but lovely region near Fairholme, Saskatchewan. His parents had escaped Soviet Russia with five children in 1930, part of the last generation of homesteaders to settle the Canadian West, and part of a Mennonite history of displacement and emigration through Europe and Asia to North and South America since the seventeenth century. In 1947 his family gave up their bush farm and moved to Coaldale, Alberta, a town east of Lethbridge peopled largely by Ukrainians, Mennonites, Mormons, and Central Europeans, as well as Japanese, who ended up there during WW II.
Wiebe is the author of nine novels, four short story collections, and three essay collections on distinctly Canadian subjects ranging from First Nations people to Mennonite settlers, including Stolen Life: The Journey of a Cree Woman, co-authored with Yvonne Johnson. He has won many awards, including two Governor General’s Awards, and is an Officer of the Order of Canada. He is the author of the re-released essay collection Playing Dead: A Contemplation Concerning the Arctic, which takes a critical look at the history of the Canadian Arctic, and is currently working on a biography of Big Bear.
info: Trisia Eddy at trisia.e@gmail.com
further readings: July 15th with Ted Bishop & tba.
previous readings;
Posted by rob mclennan at 1:15 PM 1 comment: