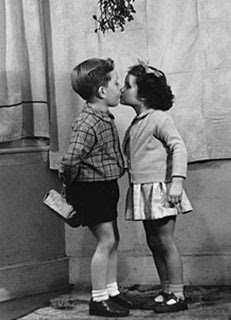 Are there still 'feminine' or 'masculine' ways of identifying our writing? Does gender still bear literary relevance? Is Mommy still kissing Santa Claus underneath the mistletoe?

The space will be free from Noon - 5 pm for a book fair, representing a wide array of local journals, publishers, and small-to-even-smaller presses;

1-2 pm, join us for a presentation on our topic of discussion;

3-4 pm we hook up the microphone and open the floor so that you, the audience, can share your finest work!

7-10 pm a celebratory evening ensues with music and readings by noted celebrities, including: Michelle Boudreau, Thea Bowering, TL Cowan, ryan fitzpatrick, Jill Pollock, Jadon Rempel, and U of A Writer-in-Residence Lynn Coady
(Cover by donation; proceeds in support of our Factory (West) performers, and the Edmonton Women's Shelter.)

Contact us at factorywest@gmail.com for more information, or if you are interested in participating in the day's events.


Tracy Johnson is a university of Alberta student currently working on her second Bachelors of Arts in women studies, her first degree was in sociology and psychology. She intends to get into the non-profit industry working with and for marginalized groups.

Heather Zwicker has been teaching in the English Department at the UofA since 1993, where her research and teaching range through feminism, postcolonialism and cultural studies. She is the Board Chair for Exposure: Edmonton's Queer Arts and Culture Festival, and a columnist for Unlimited Magazine.
Other (notable!) factoids:
- She blogs (sonography of the heart)
- She's from Edmonton; Edmonton is where she learned to be a feminist
- She edited Edmonton on Location: River City Chronicles (NeWest Press 2005)
- She once dressed in butch drag for an Alberta Beef show and nearly got decked by a friend who didn't recognize her and thought she was making a move on her girl.


Jill Pollock had her first break into the music scene when she performed the Canadian National Anthem at the Parkview Elementary School Assembly on her Yamaha recorder. She was eight and probably had pizza on her face and her shoes were most definitely on the wrong feet. Since then she has studied theatre, some philosophy and some other stuff on top of it all and has lived out of a smelly backpack whilst traveling around Australia for a while.
She stumbled upon the Ukulele when she was riding a bus somewhere insignificant to this bio and decided "hey, I'm going to learn to play this. and then, i will play it...a lot...probably more than I should...but hey, that's the way it goes" (she said all that to herself whilst sitting on that bus.) Jill likes trees, stretching, the colour greenish-blue and clapping her hands a lot. Jill likes you, too.

Michelle Boudreau is a songwriter, spoken work artist, gardener and mom. All the way from dusty Saskatchewan, follow the river to the deep forests of Alberta. You'll hear a melodic twist, a unique blend of energetic Folk and Roots music.
With her 1962 Guild Acoustic, ripping and tearing soundboards across Canada, Michelle will bring an audience to groove, laugh, cry to her catchy indie/folk melodies. Michelle has a couple of cd's that would make EXCELLENT Christmas presents...

ryan fitzpatrick lives and writes in Calgary where he is a past-editor of filling Station magazine, the curator of the Flywheel Reading Series, and the publisher of MODL Press. His first book, FAKE MATH, was published by Snare Books in Fall 2007.

Jadon Rempel's poetry has been published in Canada, the US and Europe. Recent publications include 42opus, Blueprint Review, Rose & Thorn, Misunderstandings, Existere, the Daily Haiku Anthology and Monday's Poem by Leaf Press. He has made several appearances on CBC Radio, is active with the Edmonton Poetry Festival and his work is nominated for a Pushcart Award in the US. Happily, he lives and writes in Edmonton with his wife and daughter.

Thea Bowering writes, teaches and bartends in Edmonton. Much of her fiction involves the female flaneur. Her own practices make her think the thrill of walking where she isn't supposed to walk, mixed with talking the way she isn't supposed to talk, suggest something about a woman's way with words.
Her recent writing appears in The Capilano Review: The Sharon Thesen Issue, and Splurge 2.

T.L. Cowan is an Edmonton-based writer, performer, and purveyor of smut. Her on-going performance cycle, The Twisted She Poems, explores themes of perversion, popularity and pathology all funnelled through conventional and unconventional performances of gender.

Lynn Coady is author of the novels Strange Heaven (1998), Saints of Big Harbour (2003), and, most recently, Mean Boy (2006). She has also published a short story collection, Play the Monster Blind (2000), and edited a collection of short fiction from Atlantic Canada called Victory Meat (2003).
Her first novel was nominated for a Governor-General's Award for fiction, and since then she has garnered the Canadian Authors Association's Under-Thirty and Jubilee Award (for short fiction), as well as the Dartmouth Book Award and the Atlantic Bookseller's Choice Award. Most recently, Coady acted as editor of The Anansi 40th Anniversary Reader, published in 2007 by House of Anansi press.
Coady has written non-fiction for various publications, and has taught creative writing at Douglas College, Simon Fraser University's Writer's Studio, The Sage Hill Writing Experience, The Maritime Writer's Workshop, and the Banff Center's Wired Writing Studio.
While in Edmonton she expects to finish her next novel 'Hyperborea', which, appropriately enough, was started in Edmonton in 2006, and also hopes to develop a short play for the Edmonton fringe. And maybe--just maybe--start working on a new novel she has in mind.
Posted by Trisia E at 3:54 PM No comments: