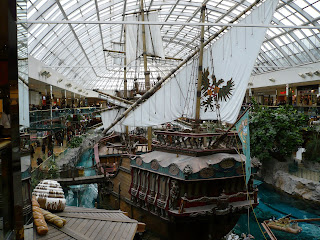 a reading series lovingly hosted by rob mclennan during his tenure as writer-in-residence at the University of Alberta (2007-8); the name "Factory (West)" refers to the fact that I have been running readings for years in Ottawa since 1995 that now exist under the title The Factory Reading Series, held regularly(ish) at the Ottawa Art Gallery;

a variety of poetry and fiction (etcetera) presented on the third Tuesday of every month from January to May, 2008 in the Underdog (downstairs) at The Black Dog Freehouse, 10425-82 Avenue, Edmonton AB; [venue change, this event only; Cafe Select, upstairs, 8404-109th Street]
doors 7pm; readings 7:30pm
The second reading will be happening on Tuesday, February 19
with readings by:

author bios:
Diane Cameron is currently attending the University of Alberta for a combined program in English and Creative Writing. She lives in a ridiculously small apartment in Edmonton with her bad-ass cat and a large collection of books. She currently works as a cocktail waitress to support her furthering education. In her spare time she is a prolific reader, and likes to write, play guitar, jog, and take in some good live theatre. She currently has one publication in the November addition of Fait Accomplit.

K.L. McKay is originally from the North Shore of Lake Superior. After a long stay in Ottawa, she now resides in Edmonton, where she is completing her MA in Comparative Literature at the University of Alberta. In the spring of 2007 she attended The Banff Centre for the Arts Writing Studio. Poems she worked on there are included in the anthology The Hoo Doo That You Do So Well (littlefishcartpress). A chapbook collection of her poems, Barefoot Through the Pickybushes, was released in October 2005 (University of Ottawa Friday Circle imprint). Other publications have appeared in Tempus (Rubicon Press), Ottawater 3.0, Bywords and Pooka Press. Since 2003 she is the founding editor of Spire Poetry Poster (spirepoetry.com). She is a member of the Olive Reading Series Collective.

Natalie Simpson’s [see her 12 or 20 questions here] first collection of poetry, accrete or crumble, was published by LINEbooks in 2006. She has also published chapbooks through housepress, MODL press, above/ground press, NO press, and edits all over. More of her poetry can be found in Shift & Switch: New Canadian Poetry (The Mercury Press) and Post-Prairie: An Anthology of New Poetry (Talonbooks). Natalie is a former managing editor of filling Station magazine, and she lives in Calgary, and her chapbook Dirty Work was recently reissued as part of the above/ground press ALBERTA SERIES.

Janice Williamson writes and teaches in Edmonton. Her work in progress is on adoption and mothering. Past publications include documentary, memoir, poetry, interviews and fiction.
For further information, email rob mclennan at az421(at)freenet(dot)carleton(dot)ca
further readings:
March 18; readers tba
April 15; readings by Kim Minkus (Vancouver), Myrna Kostash + tba
May 20; readings by tba
previous readings:
Posted by rob mclennan at 10:02 AM