12 or 20 questions: with Thomas Wharton 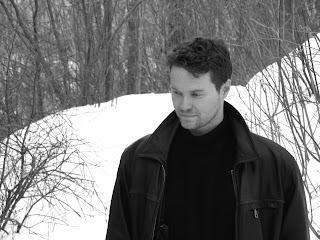 Thomas Wharton is the author of The Logogryph (Gaspereau Press, 2004; winner of the 2005 Writers Guild of Alberta Award for Short Fiction, nominated for the Sunburst Award for Canadian Fantasy and shortlisted for the IMPAC-Dublin Prize, 2006), Salamander (McClelland & tewart, 2001; shortlisted for the 2001 Governor-General’s Award for Fiction, shortlisted for the Sunburst Award for Canadian Fantasy, winner, Georges Bugnet Award for Fiction, Alberta Book Awards, 2002, shortlisted for the Grant MacEwan Author’s Award, 2002 and finalist for the Roger’s Writers’ Trust Fiction Prize, 2001) and Icefields (NeWest Press, 1995; Grand Prize & Banff National Park Award at the1995 Banff Mountain Book Festival, Henry Kreisel Award (Best First Book) at the Alberta Book Awards 1996, 1996 Commonwealth Writers Prize for Best First Book, Canada and Caribbean Division, shortlisted for the Boardman-Tasker Prize in Mountain Literature and chosen as Grant MacEwan College Book of the Year, 1998). He lives in Edmonton, where he teaches at the University of Alberta as an Assistant Professor in the Department of English, and his The Shadow of Malabron, the first novel in a YA fantasy trilogy, will be published by Doubleday Canada and Candlewick/Walker US/UK in fall 2008.